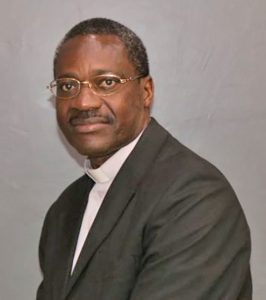 Welcome to the CITAM website – our online home! Read More

You have come to the right place. Click here to read more

See the list of services time across our various assemblies.

There are no upcoming events at this time.

Today’s world faces great challenges, such as the reality of terrorism that is rooted in religious radicalization and the other challenge is that of worldliness.

It is evident that a majority of Christians are deeply rooted – not in the Word but the world. Hence , rather than being encouraged to pattern his life after Christ who lived in total obedience of his Father, the modern Christian us actively pursuing the good life – the health and wealth Gospel.

The real crisis we face is not terrorism but lack of discipleship. Massie-Blomfield then went on to ask, “Where are the Christian madrassas? We need a generation of people who no longer live for themselves, but for Christ who loved us enough to die for us”. As the songwriter said;

Have done with lesser things.

Give heart and soul and mind and strength

To serve the King of Kings William Pierson Merrill 1867-1954

Whereas Massie-Blomfield’s words may today sound radical, Jesus in Mark 8:34-38 once called the crowd to him along with his disciples and said:

“If anyone would come after me, he must deny himself and take up his cross and follow me. For whoever wants to save his life will lose it, but whoever loses his life for me and for the gospel will save it. What good is it for a man to gain the whole world, yet forfeit his soul? Or what can a man give in exch

ange for his soul? If anyone is ashamed of me and my words in this adulterous and sinful generation, the Son of Man will be ashamed of him when he comes in his Father’s glory with the holy angels.”

What Jesus seemed to imply was that the journey of faith in Christ brings with it some radical demands:

The reality is that in sharp contrast to Jesus’ ‘prescription and description’ of a disciple, in the passage above, the scenario in the Church today is that of Christians who are largely devoid of any self-denial, devotion, or divine perspectives. Many Christians today seem to be driven by an inordinate desire to seek personal pleasure and to pursue all that the world has to offer. The result is that many believers have found themselves engaging in vices such as corruption, immorality, and the general pursuit of the good life. Consequently, Christianity has lost its cutting edge and, like salt that has lost its saltiness, is being trampled upon by men in the public arena.

The choice that faces us as a Christian community is to either bemoan the good old days when “Christians” were Christians, or to rise up and take a bold step towards restoring our lost glory. We have the choice to either continue to walk in the counsel of the wicked, stand in the way of sinners, sit in the seat of mockers and be doomed with them; or to take delight in the law of the Lord, and thus become like that tree planted by streams of water, which yields its fruit in season and whose leaf does not wither (Psalm1).

The Safari is a call to radical Christianity, not with guns, machetes or explosives; but with a radical love for Jesus, the neighbour, the unloved and the unlovable; a godly appreciation for self, and a radical stewardship for God’s creation.The Safari is a call to prioritize our mandate (walk with God) beyond our mission (service to God); to establish every believer as a disciple-maker; to enhance existing ministries through intentional discipleship; to establish discipleship for the whole family; and to ensure integration, involvement, and smooth transitions for all age groups of the Church.